Question: What was so special about the way the milkman's wife carried out her plan?

In this beloved story, the milkman's wife performs the mitzvah of tzedaka at the highest level. The Rambam famously teaches eight levels of how one gives charity.

8. When donations are given grudgingly.

7. When one gives less than he should, but does so cheerfully.

6. When one gives directly to the poor upon being asked.

5. When one gives directly to the poor without being asked.

4. Donations when the recipient is aware of the donor's identity, but the donor still doesn't know the specific identity of the recipient.

3. Donations when the donor is aware to whom the charity is being given, but the recipient is unaware of the source.

2. Giving assistance in such a way that the giver and recipient are unknown to each other. Communal funds, administered by responsible people are also in this category.

1. The highest form of charity is to help sustain a person before they become impoverished by offering a substantial gift in a dignified manner, or by extending a suitable loan, or by helping them find employment or establish themselves in business so as to make it unnecessary for them to become dependent on others.

In this video the milkman’s wife both offers a job to the shoemaker and also gives charity in a way that the family is unaware that they are receiving tzedaka.

How do we bring holiness into the Jewish home?

Two thousand years ago when the Maccabees entered the Temple and lit the Menorah, they celebrated chanukat habayit, the rededication of the second Temple in Jerusalem. The essence of the Beit Hamikdash, the Temple, was to make a house of God and to create a space for the presence of God to reside.

We welcome God into our homes by sanctifying the three corresponding objects: the bed, the table, and the lamp.

The bed in our homes represents family purity and shalom bayit. God’s presence resides in the home when there is a deep sensitivity and love shared between a husband and wife.

The table represents the mitzvot that surround the place of eating in our homes, such as eating kosher food, reciting blessings over food, and the mitzvah of welcoming guests. Our homes are sanctified when we transform our material blessings into spiritual sustenance for our family and those in need.

The lamp, which offers tangible light, is also a symbol of God’s spiritual light; wisdom and enlightenment. The light represents the study of Torah: “For a commandment is like a candle, and the Torah is light” ( Proverbs, 6:23). When we learn and share the teachings of the Torah with our family and with all those that join us in our home, we nourish the home with a spiritual dimension.
In Jewish life all through the millenia, God has always been an honored presence in the Jewish home. Jews have always thought that God was a regular visitor in their homes and hearts, and therefore have taken the Divine Presence into account in their everyday behavior and speech. The Jewish People have always had the conviction that God was somehow present, calling out to his People in a challenging, comforting, encouraging, and inspiring way.

The site of the Holy Temple, known as Har HaMoriah, represents love and compassion. The holiness of this place comes to life with three major episodes in the life of the Jewish people.

By the command of Hashem, Avraham brought his son Yitzchak to a special mountain known as Har Hamoriah. This event demonstrated his total dedication to Hashem.

And it came to pass after these things, that God did prove Abraham, and said unto him: 'Abraham'; and he said: 'Here am I.'

And He said: 'Take now thy son, thine only son, whom thou lovest, even Isaac, and get thee into the land of Moriah; and offer him there for a burnt-offering upon one of the mountains which I will tell thee of.'

Hashem guided Yaakov to a particular place when he left home. He fell asleep on a rock and had a spectacular dream. He saw a ladder standing on the ground with its top reaching the heavens. When he woke from his dream, he realized the special quality of that place. He was on that same mountain, Har Hamoriah.

And he was afraid, and said: 'How full of awe is this place! this is none other than the house of God, and this is the gate of heaven.'

After many wars, King David finally brought the Aron HaKodesh, the Holy Ark, to Jerusalem, knowing it was the chosen city. Later, through prophecy, King David was shown that this mountain would be the place of prayer and a place to unify the Jewish people.

Then David said: 'This is the house of the LORD God, and this is the altar of burnt-offering for Israel.'

From the very beginning of time, going back to the days of Avraham, Yaakov and King David, until today, Har HaMoriah, the Har Habayit remains at the heart of the Jewish people. We pray for the rebuilding of the third Beit HaMikdash in this very place.

How “Not Giving Up” Changed the Story of Chanukah

After their dazzling victory over the Syrian- Greeks, the Maccabees found that the Temple was in total disarray. Even worse, the Temple had been desecrated and its holy vessels were badly damaged.

That person found the oil, and the menorah was lit right away. God blessed that lighting that it would last for eight days until new pure oil could be brought to the Temple.

Who was that person who was so determined to find oil and light the Menorah? Actually, we don’t know. We have no record of that anonymous person..

But this anonymous kohen, presented with an easier path to do the ordinary, chose to do the extraordinary. As a result of his faithful initiative, and his zeal for the mitzvah, the Menorah was miraculously lit for eight days. God responded to that leap of faith and blessed that lighting.

The ultimate hero of Chanukah might well be the unsung anonymous person who with faithful determination sought and found the oil that kindled the holy flames that have miraculously lasted until this very day.

Now that you have learned about Hillel’s great sensitivity towards people, let us look at another exemplary character trait of Hillel.

...It is reported about Hillel the Elder that every day he used to work and earn one zuz, half of which he would give to the watchman at the house of study; the other half he used on food for himself and the members of his household. One day he was unable to earn anything, so the watchman at the house of study did not let him in. He then climbed [to the roof] and hung on, sitting over the opening of the skylight, so that he could hear the words of the living God from the mouths of Shemaiah and Avtalion. It is said that it was on a Sabbath eve in the winter solstice, and snow came down on him from heaven. When the dawn rose, Shemaiah said to Avtalion, "Brother Avtalion, every day this house is bright with light, but today it is dark. Is the day cloudy?" When they looked up, they saw the figure of a man in the skylight. They climbed to the roof and found Hillel, covered with three cubits of snow. They removed the snow from him, bathed and anointed him, and, as they seated him in front of an open fire .

From this story in the Talmud we learn about Hillel’s passion for Torah learning. This, together with the Talmudic story depicted in the video, make Hillel one of the most beloved and inspiring heroes in Jewish life.

Video based on Talmud Shabbat p.31a

Video 6: Every Stone A Jewel

What about Israel do you find most special?

This question has unlimited answers. Rabbi Yehuda HaLevi (1075-1141) and Rav Avraham Yitzchak Hakohen Kook (1865-1935) both teach us about the holiness embedded in the Land itself.

Abraham was not fit to gain the Divine Influence, and to enter into a Covenant with God until he came to the Land of Israel. The Land was even granted its own Sabbaths, as it is said, “Sabbath of the Land” (Vayikra, 25:6) and “The Land shall keep a Sabbath unto the Lord” (Ibid, 2)....

Thus the “Sabbaths of the Lord” and the “Festivals of the Lord” depend on the Land which is the “inheritance of the Lord.” It is also called “His holy mountain,” “His footstool,” “the Gate of Heaven,” and it says, “For the Torah shall go forth from Zion” (Micah, 4:2). Our Forefathers endeavored to live in the Land while it was in the hands of pagans, they yearned for it, and had their bones carried there, as with Jacob and Joseph. Moses prayed to see it, and when this was denied him, he considered it a profound misfortune. Thereupon it was shown to him from the summit of Pisgah, which was to him an act of grace.

The Talmud teaches “Rebbe Abba used to kiss the boulders of Akko (Ketubot 112a).”
Rabbi Kook asks, “What was so special about these rocks? Why did Rebbe Abba kiss
the rocks as opposed to the ground itself?” Rabbi Kook explained, “Had Rebbe Abba
kissed the ground itself we might have thought that he did so because the earth yields
fruits. Rebbe Abba kissed the boulders, which are incapable of producing fruits, and
therefore demonstrated that his love for Eretz Yisrael was unconditional and the sanctity
of the Land is embedded in the Land itself.

Video based on story told by Rabbi Shlomo Carlebach
A rendition of the story appears in Tzlotana Barbara Midlo, Lamed Vav, p.79

Rabbi Avraham Dov of Avritch (1765-1840) served as a rebbe in the Ukraine. At the age of 65 he made aliyah to Tzfat where he served as an Ashkenaz rabbi. He is famous for his book on Chassidut called Bat Ayin. Just before Rabbi Avraham Dov passed away in the epidemic of 1840, he announced that his would be the last life claimed by the terrible plague. And so it was. Reb Avraham Dov is buried in the holy cemetery in Tzfat. The synagogue where he served as the rabbi still stands today and is used for prayer for the community. The synagogue carries his name, the ‘Avritcher Shul.’

The Lishi's Love Foundation was created to perpetuate the loving memory of Elisha Chanina Goldscheider z''l. 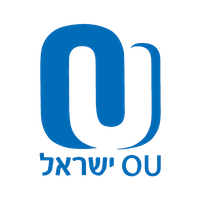